Recently I was looking at Market Breadth measures and running tests on the Breadth tool that we have in Optuma. If you are not familiar with Market Breadth, following is a quick explanation.

Breadth in a Nutshell

The idea is that we are looking to see if there is consensus in the market for the rise in the value of the index. If the index is going up, are a majority of the individual stocks that make up the index also going up? If the majority are, then we say that the move is well-supported.

There are times—particularly at the end of a major move—where the index is going up, but the majority of stocks have already turned down. This happens because the biggest members of the index (Apple, Google, Exxon, etc.) are still getting “dumb” money. It’s dumb money because the public has seen the gains and now wants to be part of it too. But as usual, the public is late to the party. Dumb money rarely invests in smaller names, they pick the big well known names. So the big stocks continue to rise as everything else is turning down. Declining breadth in a rising market is a sure sign that the move will soon be over.

A breadth measure will count how many companies are rising and how many are falling and either show the count, or the percentage. There are also many variations that can be used e.g. volume can be considered so that rising volume is compared to falling volume. My concern with that is the biggest names have the biggest volume, so it may dull the effect of the measure—just something to watch out for.

One of the most common measures used is the Advance Decline line —we’ve added it below to the SP500 (SPX). In Optuma, if you have World Indices, you can access this by adding ADDSPX to your chart by right-clicking on a blank area of the chart and selecting ‘New Window’. 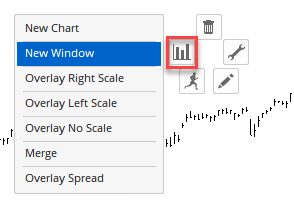 The Advance Decline line counts how many stocks have a higher close and subtracts from that the number of stocks with lower closes. As you can see below, there is a lot of back and forth as stocks go up and down all the time. With so much “noise” it can be hard to derive meaningful information from this chart. The best we can do is set some thresholds and watch for those to be broken. 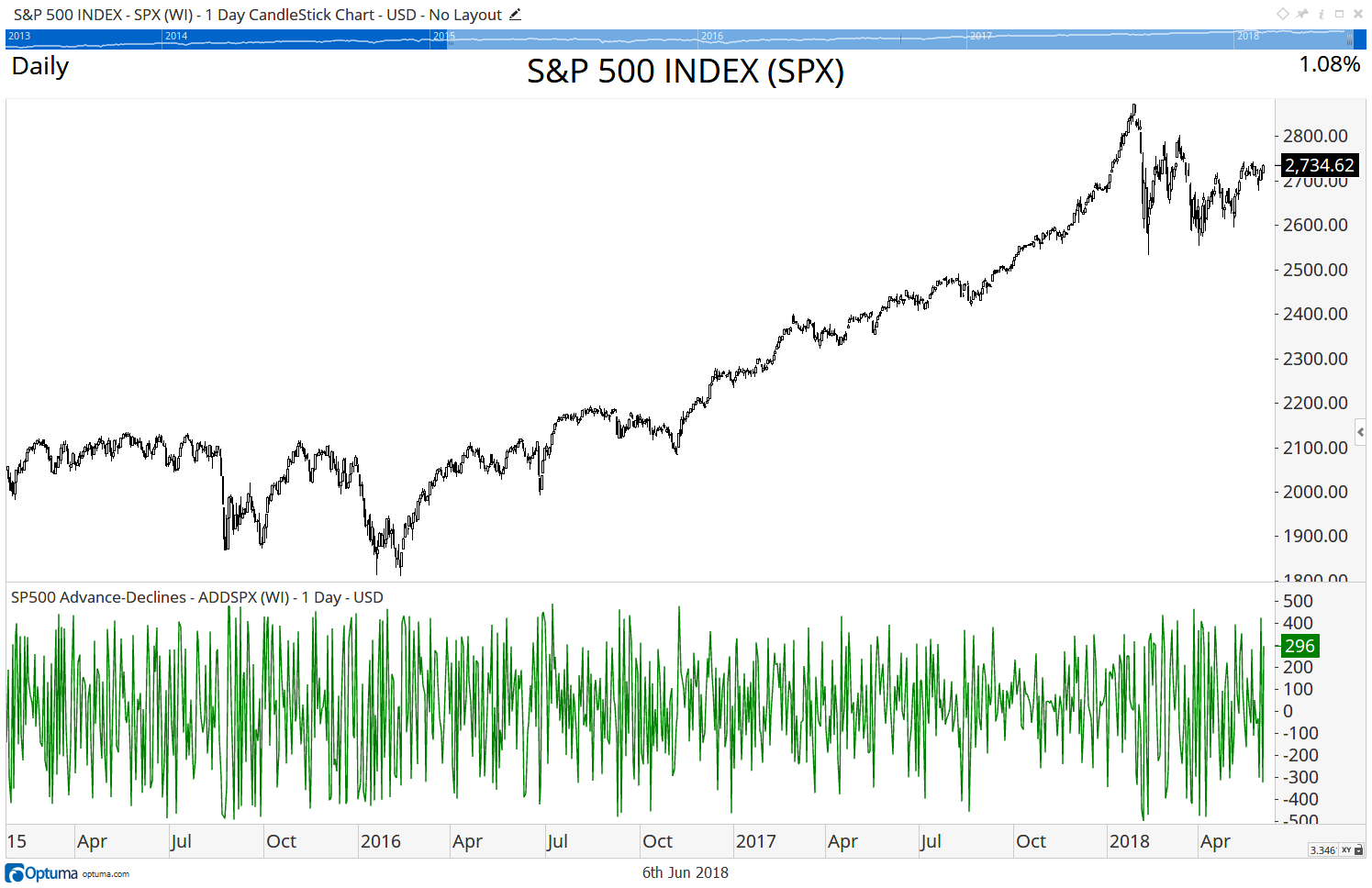 Time to get Trendy

At the heart of Breadth is the idea that we want to measure how many of the Index constituents are in an uptrend. For over a hundred years, Technical Analysts have been telling us that comparing one day’s close to the previous close is a terrible way to determine trend. There are too many fluctuations in price for that to be useful. In the early 1900’s, W.D. Gann created his swing charts to be a way to identify changes in trend. In fact, he called his swing chart the “Master Trend Detector” and it did a great job at filtering out a lot of the noise. All the different methods of swing charts tell us if a security is trending up or down. The difference between them is what calculation they use to trigger a change in direction.

In the post “Want to know a better way to determine Trend?” I introduced a new swing chart we added to Optuma in 2016. It uses ATRs (Average True Range) as its trigger. This means that it’s based on the volatility of the security instead of some fixed number that would not make sense across different securities. This got me wondering if we could use Volatility Swings as a measure of breadth. With the Breadth engine in Optuma, this took me less than two minutes to go from an idea to an answer.

The script I used is simple:

We do try to make scripting as simple as possible! I ran that over the S&P500 members. Following is the Breadth screen. You can see this only took eight seconds to build.

And here is the result with the Advance Decline tool still on the chart for comparison. Immediately you can see this measure is a lot smoother, there is significantly less noise than the traditional AD line. This means we are not getting bombarded with signals, but now have meaningful data we can work with.

One of the ways we like to use breadth is as an input into colouring the plot. That way it’s simple to see what’s going on in the constituents when we look at the chart. Here is the SPX with the line green when more than 60% are in a volatility swing uptrend, and red when less than 40% are in an uptrend (or more than 60% in a downtrend). 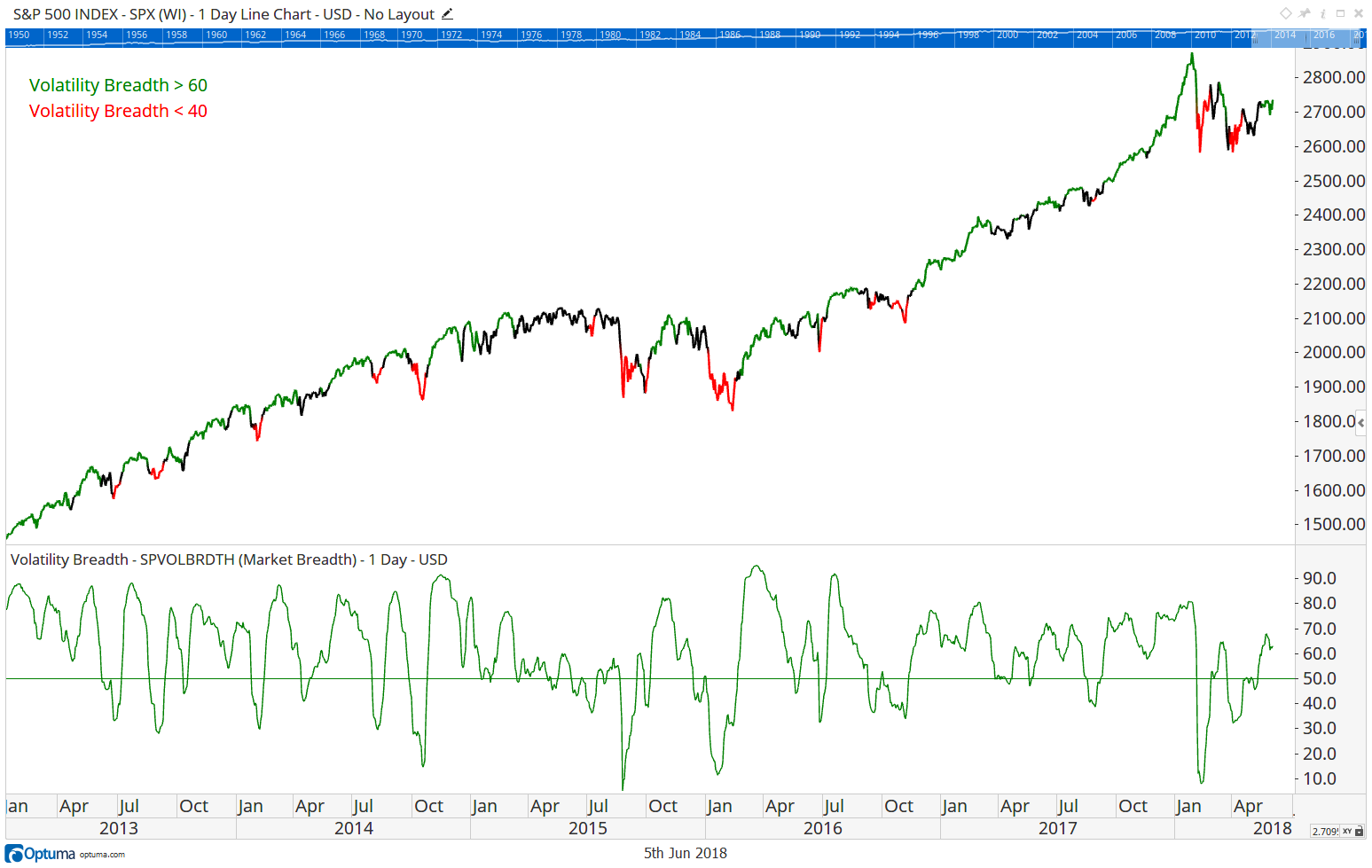 This is all based on 4 ATRs (the default in the Volatility Swings tool), this means the stocks have to move a long way to change trend which introduces a lag into our breadth measure. The compromise is always “lag verses too many signals”. It could be that a smaller ATR number would be better, but we need to do some testing on that.

This is a quick look at a new breadth idea. Our real goal with this is to show you how easy it is to explore your own ideas using Optuma. Next time I’ll go into more detail with this and we’ll do some quantitative testing to build a strategy around this breadth measure. As the breadth module is only in our Enterprise Edition, we may add these measures to our available datasets if there is enough interest.

Note: The Bear is still on vacation

It’s interesting that this measure is telling us the rises in the SPX are well supported. I’d like to see that get back to 80%, but more importantly, it does not support a bear case right now. For that we would need to see another major drop before prices can break 2800. 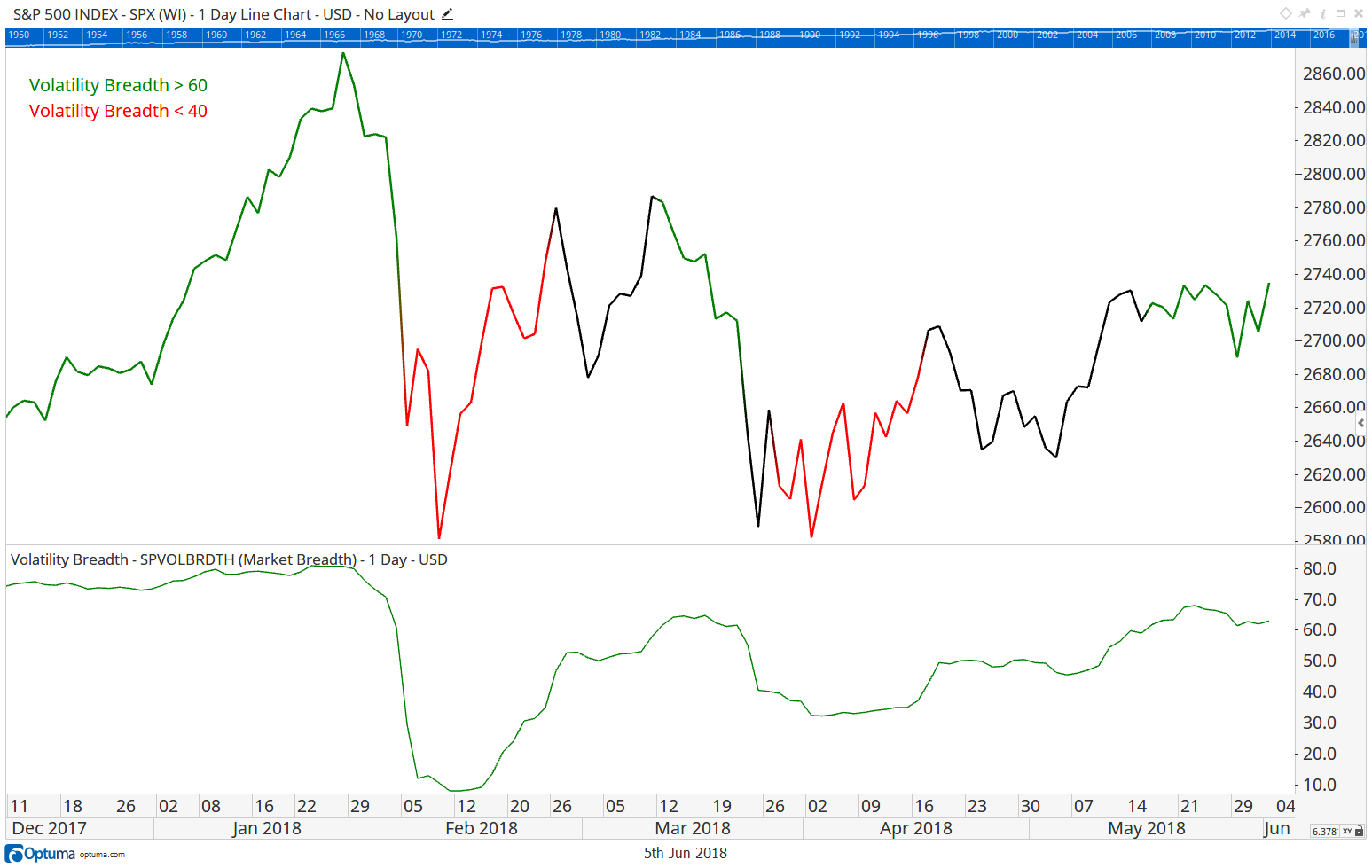