The last couple of weeks has been tough (unless you’re short S&P futures!). I won’t get into whether this fall is justified or not, and no matter the cause, there are opportunities that only come along once or twice a decade. If you are in the “red”, or you’ve been sitting on the sidelines waiting for an opportunity to get back into the market, the time to get back in the market may soon be upon us (some may argue that it’s already here).

Market Is On Sale!

We now have a situation where the market is on sale. It’s like your local department store offering a Black Friday special with 50% off. You need to take advantage of that. You can’t wait for the prices to go back up and then go into the store and ask for last week’s discounted price!
Really—don’t do that! 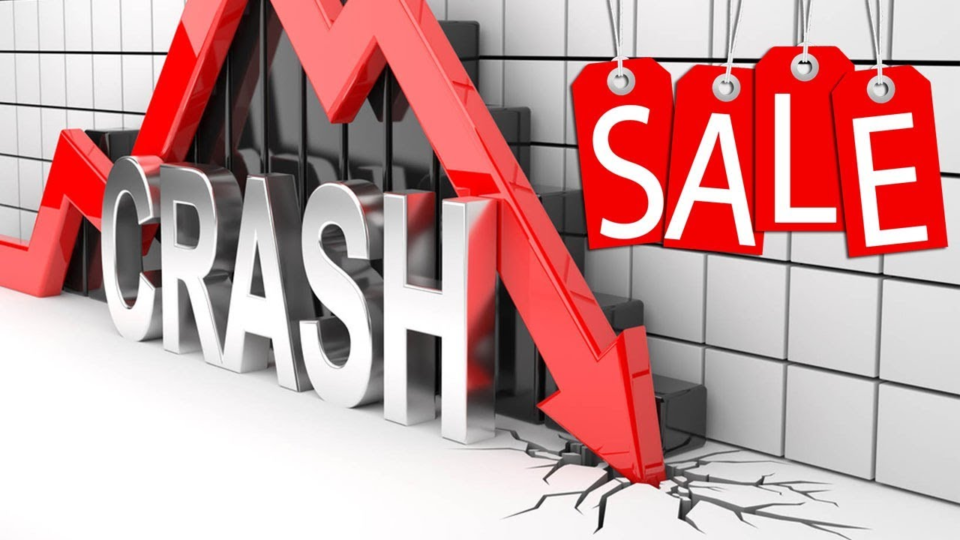 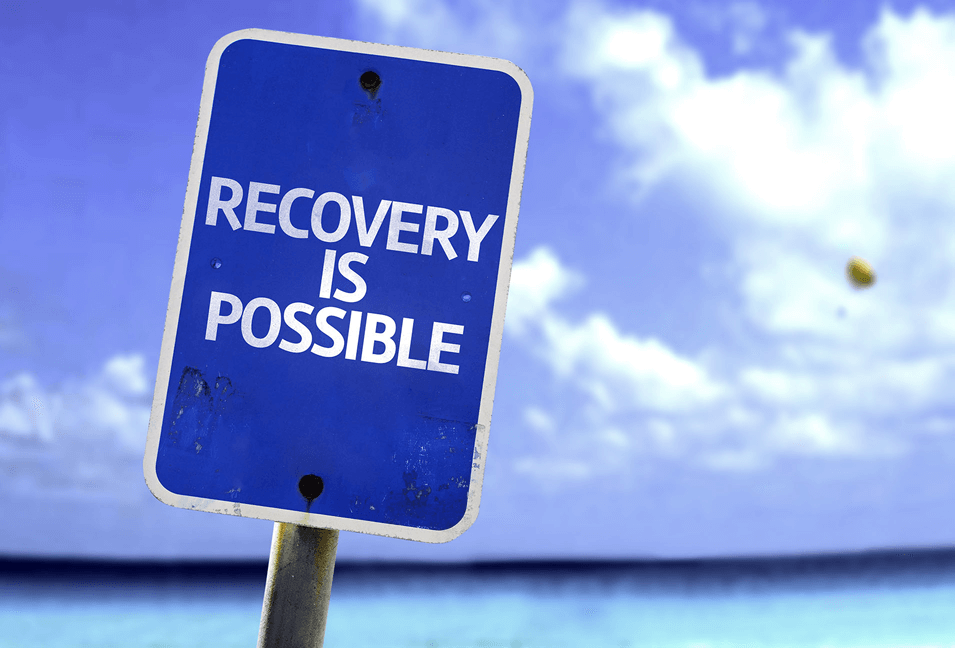 If this is your first crash as an investor, let me assure you this is nothing new. We’re going to recover. In times like this I find it helpful to look at history to give me a guide on what to expect going forward. When we look at previous crashes, we see the market always recovers—yes always! Sometimes reasonably quickly, and sometimes a few years later, but it always recovers and eventually goes on to make new highs.

The only losers in a market crash are those who sell at the bottom and walk away. Unfortunately there will be traders and investors who jumped into the market at the top who will walk away saying “I knew the share market was rigged”. We see it every time there is a crash.

This is all calculated on the Dow Jones Industrials Index since we have the most history for it. The vertical lines are the 30% crosses below — when the DJI broke through the 30% drawdown level. The green line is the 30% drawdown level (a new tool in Optuma from Alan Hull). The chart is on Logarithmic Scale since it allows us to compare the crashes in percentage terms. 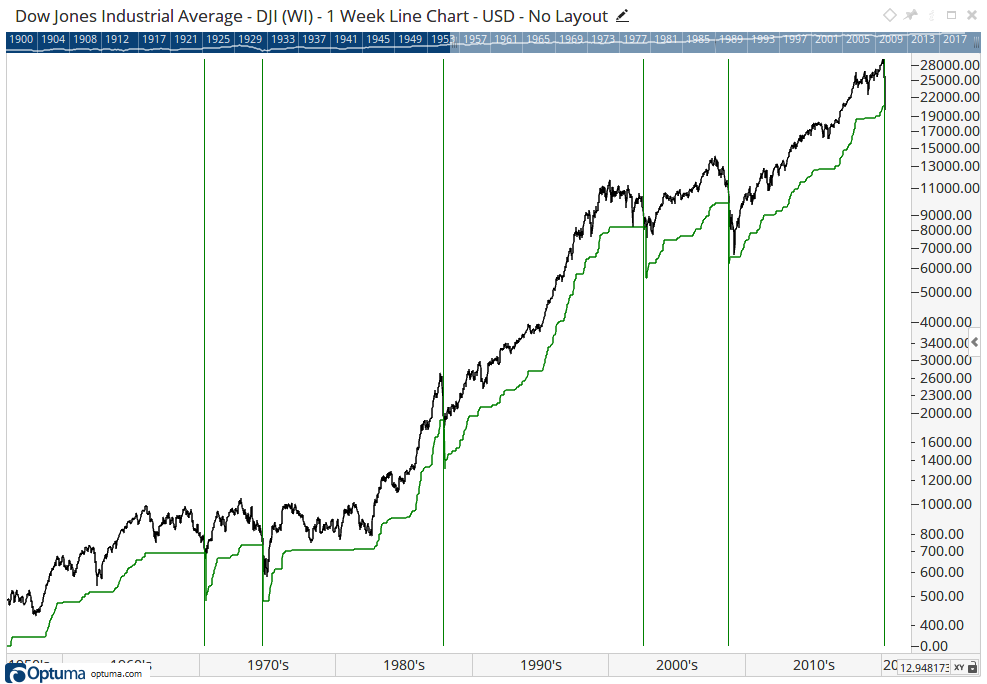 Since World War 2 we have had five drawdowns of more than 30%. Five samples is a small number to work from, but we can see every time we have an event like this, the market rebounds. What I am more interested in is which type of crash is this current environment most like?

Of the five crashes shown, only the 1987 event came without a preceding change in trend in the market. Every other crash happened at least a year after the major high in the market while the market was in an obvious bear phase. The quickest crash to hit the 30% level was 1987, and it was also the quickest to recover.

1974 was interesting because it was the result of the first oil crisis. The second oil crisis was in 1979 and while we did not get a 30% drawdown then, it delayed the 1974 recovery. It is also interesting that we are having another fun time with oil 45 years on! 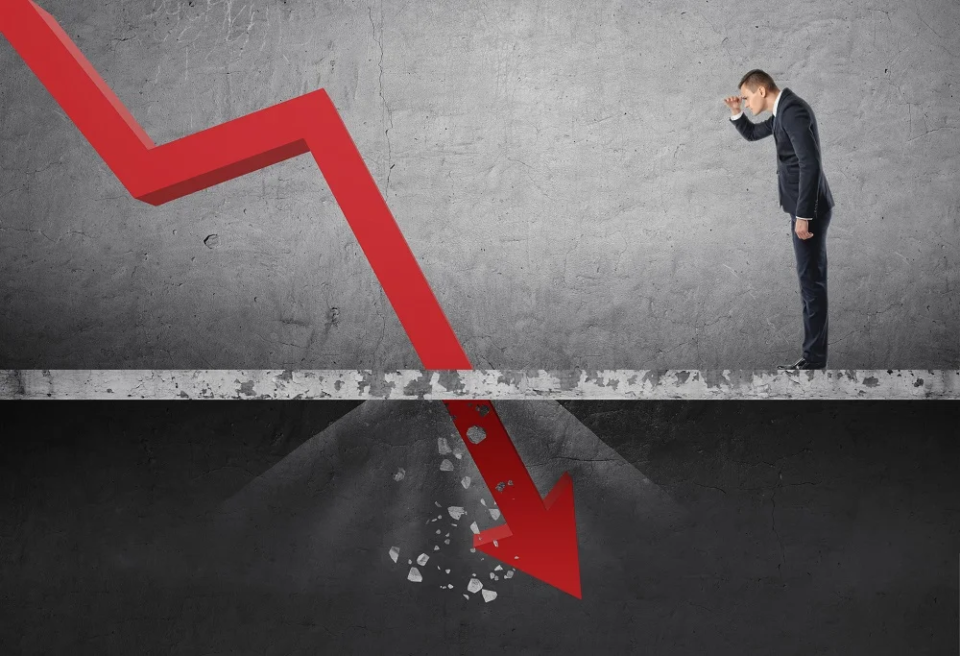 Looking at where we are right now, we have just crossed the 30% mark this week. That’s only five weeks from the all-time high, and that makes this the fastest 30% crash in the Dow Jones in the past 120 years. 1929 was the next fastest at nine weeks.

Could this be just like 1929? Could it extend into a major depression? We can never rule it out, but I think it highly unlikely (despite the 90 year cycle from 1929 and 45 year cycle from the oil crisis). Yes this is a major event, and yes it will take years to recover, but with Interest Rates so low economic expansion will be relatively easy and the only place where investors can get yields will be in the stock market once we deal with the fear of the pandemic. Ultimately it could be the hunt for investment yield which will fuel the recovery more than anything else.

With trials already underway on cures and vaccines, this crisis could be over almost as quickly as it started. Since the cause for the panic is the Covid-19 virus, as soon as a solution is available confidence will return. Then there will be a rush on investments which could lead to a massive bull market. 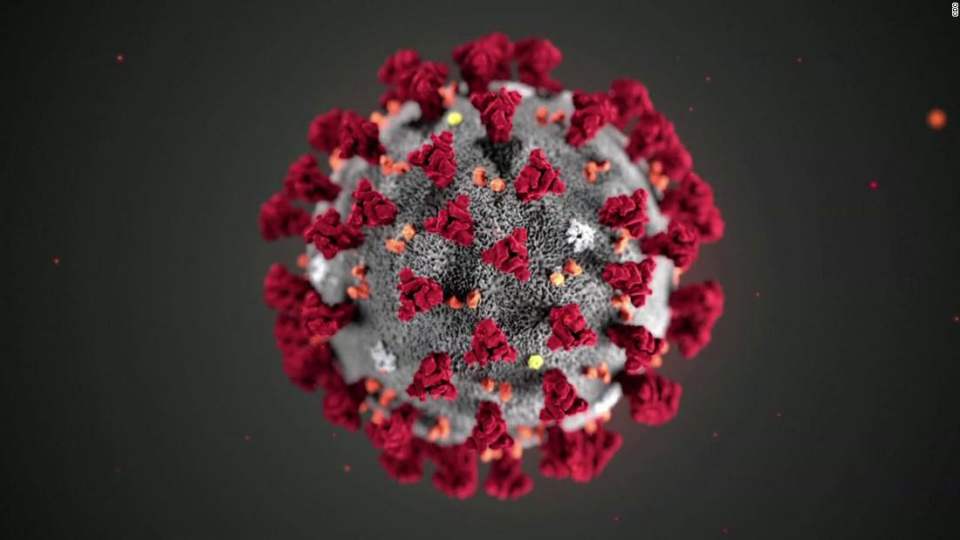 A better way to look at all the recoveries from the 5 previous crashes is to chart the relative performance of the DJI from each of the 30% drawdowns. This chart compares them from their 30% cross to just over two years after the cross. The scale at the bottom is the number of weeks since the crash. The y-axis is the percentage return from the cross date. You can see that within two years all the previous crashes were followed by some significant gains.

A couple of important take-aways: If I think about the purpose of Technical Analysis I have to go all the way back to Charles Dow in the 1800’s. The reason he created his indexes (or “averages” as he called them) was so he could get a feel for the overall trend of the market. He is one of the first to suggest that investors only trade in the direction of the trend.

We need to use our analysis to identify when the trend is changing. Indicators we can use range from Trend Lines to Moving Averages to ADX. All can be used as a way of determining when the trend has changed back up.

Whenever I think of trend change signals, I always think of Swings. Gann called these his Trend Detector, and they are great for times like this. Sure you will not get the very bottom of the market, but it’s better to wait for clear signals and avoid the pain of getting in too soon.

Gann’s rules said that the trend changed when a previous swing high or low was taken out (see the colour changes on the chart below).

[If you want to know more, we have a two-part webinar on Gann Swings here.] 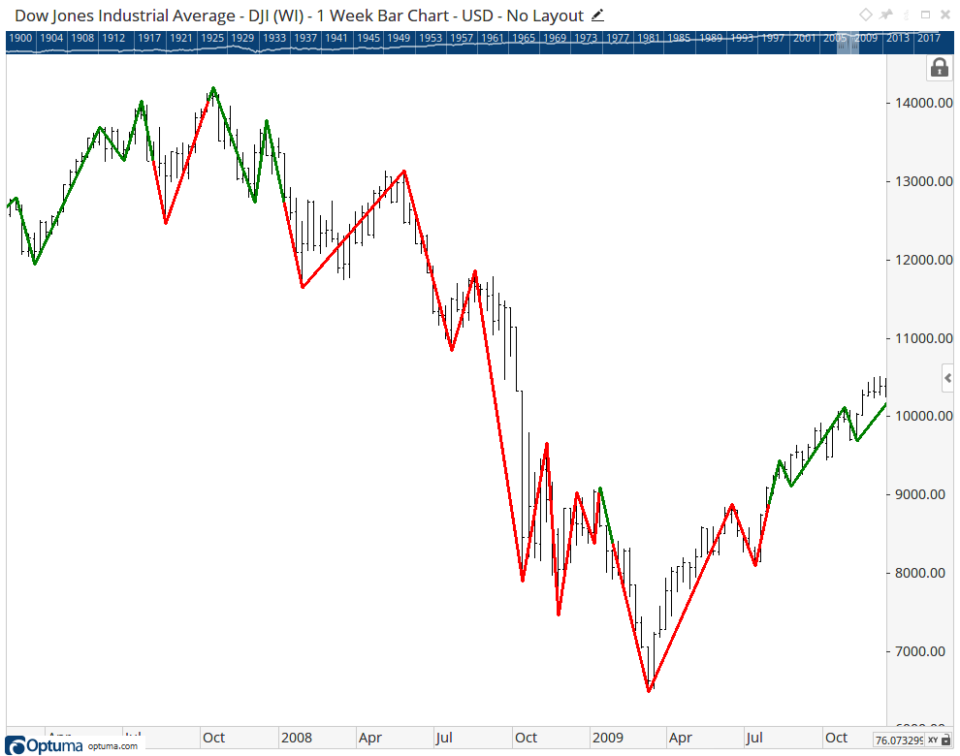 No indicator is 100% foolproof. There was a failed change in trend in Jan 2009, but that does not take away from the Swings being a great way of giving us an objective measure of trend direction.

We don’t know how long this will take to be resolved. Take the time to study history and work out when it is the right time for you to get back in. It’s always a balance of risk and reward, but the numbers help us clear through all the noise and focus on the market. Remember to be skeptical of what you hear in the media, and follow the charts.

Pictured below is a chart in the “Chart Room” at Fidelity Management and Research in Boston. It reminds the staff that media stories always appear the most bearish at the bottom of the market. 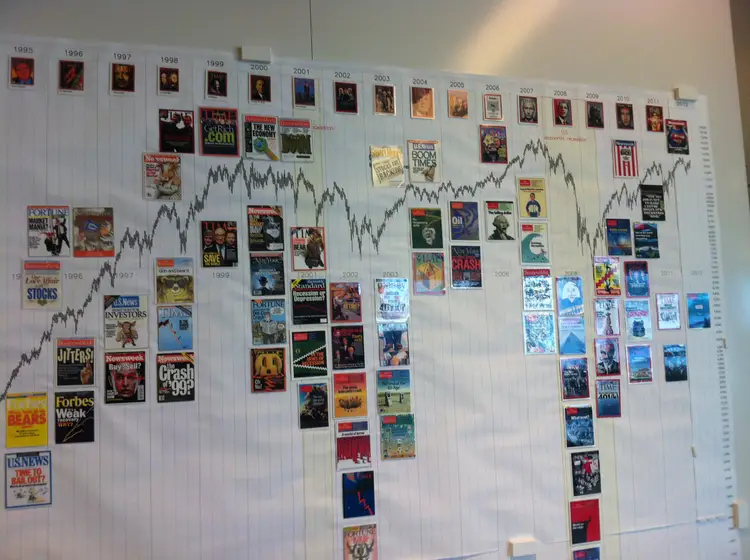