The Mid-Cycle Slow Down – What Comes Next?

I read an opinion piece this week by Phil Anderson from Property Share Market Economics, and it was so good that I asked Phil if we could share it with our readers. I’ve known Phil for nearly 20 years and watched with absolute fascination as the markets have unfolded exactly as he forecast based on his cycle work. In this post Phil and Akhil Patel share an update of major historical events and why history shows us that we can expect the markets to recover quickly from this. This could be one of the most important posts you will read in this strange period we are in right now so that you are ready to act when the time is right.

Note that Phil and Akhil’s main focus is the Real Estate cycle which has an up phase, then a mid-cycle slow down, then a final aggressive up phase before a major correction. In this piece Phil makes mention of the mid-cycle and this is what he is referring to. His book explains all of this and the basis of the historical research in much more detail.

I hope you enjoy, and find encouragement from this piece.

Director of https://propertysharemarketeconomics.com/
Author of The Secret Life of Real Estate and Banking

If you think that this Covid-19 virus thing caused the market panic, then you are looking at markets the wrong way.

I’ll explain below. I also want to bring you some perspective about current events. If you know your history, it wasn’t that hard to work out the likely scenario for 2020.

Fred Harrison, in his book Boom Bust, documented the ebb and flow of UK land prices back to 1600. That’s when, what we’ve just seen, all started.

And I have shown you in my own book, The Secret Life of Real estate and Banking, that from 1800 in the US, every property cycle has been bigger than the one before it.

Since 1990, and the rise of China and the fall of the Berlin Wall, the cycles have become truly global in nature.

Therefore, the emotional events that are going to drive the cycle also have to be global. Hence the virus. When you understand the cycles, this would not have surprised you.

But let’s put some of that into perspective. Current events are a total emotional over reaction. But it was due. And had to happen.

That’s your key takeaway from this update to you. The events of 2020 were due. They were going to happen.

You remember that, right?

It’s believed that the H1N1 virus first showed itself in humans, in Mexico.

It was in fact the second of two pandemics involving the H1N1 influenza virus. The first one was 90 years prior, the so-called Spanish flu. More on that in a minute.

This 2009 swine flu reportedly infected about 20% of the world’s population. That was around 1 billion people infected at the time. The fatality rate was about 3%. [source]

Does that jog your memory? Me either.

The U.S. Centers for Disease Control and Prevention (CDC) estimated that about 59 million Americans contracted this H1N1 virus. Of that number, 265,000 were hospitalized (0.4% of the estimated total number of people ill), and 12,000 died. That’s 0.02% of those that were infected.

It seems to me we were likely too worried about the market panic that had already taken place by 2009 to be concerned about H1N1.

Do you actually remember H1N1? Do you remember panicking about it?

The cause of the recent market ‘panic’ is not the virus. The cause is the prior decade run up in asset markets, the creation of credit, the increase in debt and most importantly, the prior large rise in land values – first half of the 18.6 year cycle only.

It’s also about what people did with the money in the prior run-up. To make this clear what I mean by that, here’s an example for you.

Airline companies are one of the worst affected industries at present, obviously. Bloomberg reported, 17 March, that U.S. airlines spent 96% of free cash flow last decade on buying back their own shares.

Not a single cent was kept on the balance sheet by any airline for that ‘rainy day’ that is sure to arrive. And arrive it did.

American Airlines Group Inc., one of the largest airline owners, actually had negative cumulative free cash flow during the decade while it repurchased more than $12.5 billion of its own shares.

Now they’re all running to government for handouts. And sacking workers.

Why should my taxes go to bail them out?

Because the owners of government simply cannot afford another crisis. Nor can they afford yet another collapse so soon after the last one and a revolt by the working class.

So the government proceeds to bail them all out. More than likely, everything they do will help land values on their merry way.

If you’re new to markets, if you’re seeing this for the first time, if you don’t know your history, then watch and learn.

And don’t forget to relate apples to apples. Let’s look at past mid cycle events.

Note the years. I could cite similar examples back to 1800. It’s detailed in my book.

Note too: end of cycle events are bigger than mid cycle. And the end-of-cycle events have to start and to involve The United States. Because this is where it all begins.

Remember too, the following.

According to Zero Hedge, almost 60% of Americans have less than $1000 in savings for a rainy day fund or an immediate emergency.

Forbes says that 78% of American workers live just from one pay to the next.

And apparently 58% of Americans had less than $1,000 saved, as reported by Yahoo Finance.

So any downturn can easily turn into disaster for a lot of folks. 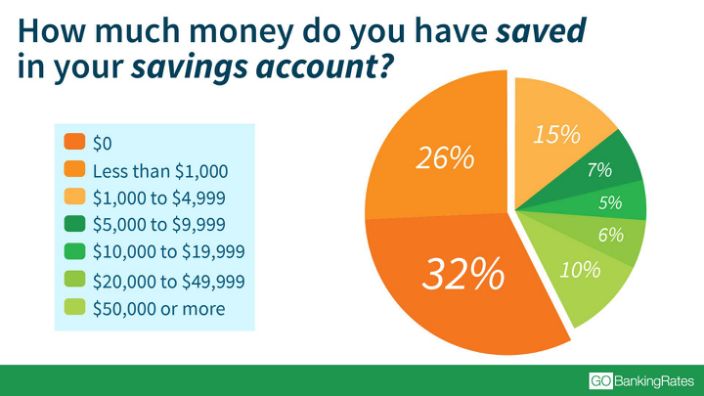 And what has the Trump administration been doing these last four years? Removing the social safety net, one benefit at a time.

And now bails us all out.

And that’s not to even mention Mr Trump’s massive tax giveaway of 2018. It produced a large uptick in US sales of private jets and Rolls Royce’s, amongst other things, but very little in the way of savings.

One day, we might be all enlightened enough to realize how to tax the Economic Rent properly to give us all a yearly citizens dividend. But that’s another story.

So we see panic. If you’ve followed the US real estate cycle, it’s right on time.

This brings us to one final thing, just in case you think we can’t end up from here with a massive boom in the second half of the cycle. That’s 2021 to 2026. After this current viral interruption. Here’s some past history that will help you see just how possible –indeed likely– this is. Let’s go back 100 years.

November 1919 saw the official marking of the end of the First World War. It also brought the peak of markets for that decade.

This took place amidst a flu pandemic that affected 500 million people and killed between 40 to 70 million. Much more than 3% of those infected.

This subsequently came to be known as the Spanish flu.

It was termed ‘Spanish’ flu because Spain, having remained neutral during the war, was the only country honestly reporting its effects.

Here’s what the website ‘vaccinestoday.eu’ had to say about it.

“There was nothing particular ‘Spanish’ about the flu: it didn’t begin in Spain and, while the country was badly affected, it wasn’t hit any harder than others. (The first wave spread in US military camps in 1917.)

However, Spain remained neutral during the conflict and its papers freely reported the outbreak. Media in France, the United Kingdom, Germany, the United States and elsewhere played down the impact on their own country in a bid to keep up morale.

Newspapers were either directly controlled by national governments or keen to self-censor in the interest of patriotism at a time of war. They all happily reported on events in Spain – leading many to incorrectly presume that the Iberian Peninsula was the epicentre.

In summer of 1918, the virus spread among military units who lived in cramped quarters. And, as the war ended, surviving solders returned home – bringing influenza with them.

After four grueling years of conflict, the immediate post-war period was a time for celebration. Public gatherings presented an ideal opportunity for infectious diseases to find new victims. This most likely prolonged the second wave of the outbreak.

A third wave in the early spring of 1919 took war-weary populations by surprise, claiming millions more lives. Just as with seasonal influenza, the worst hit populations were the very old and the very young.”

1921 – note the year – saw a marked economic downturn. That was both in stock markets and commodity prices.

Government behaviour – their efforts to prevent markets tanking – is now making the booms ever bigger. So the busts will have to get bigger too. 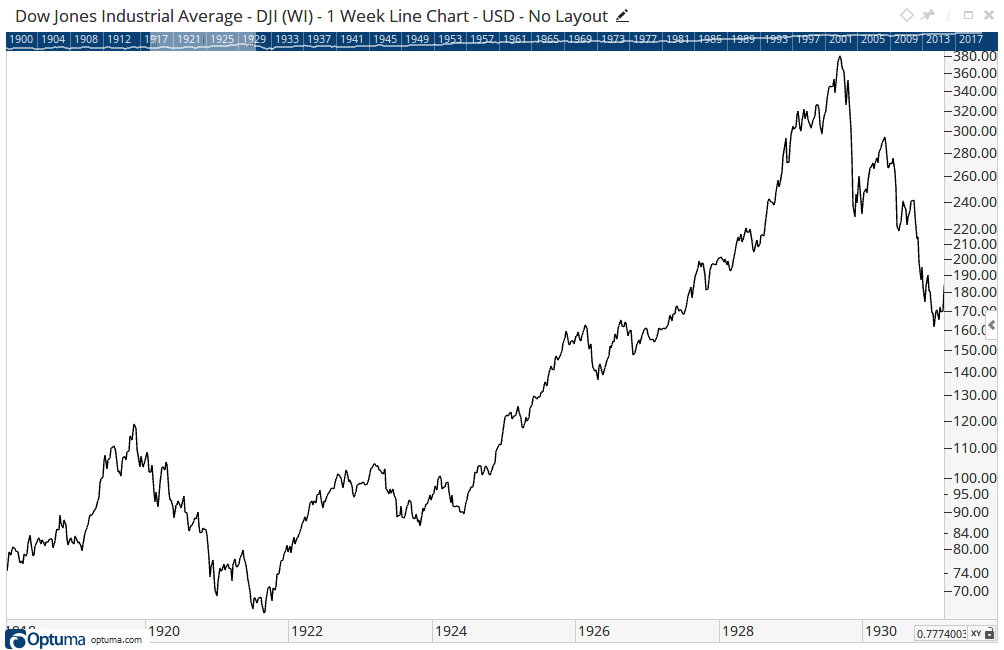 I write this to you because of what happened next…

After a major and significant November 1919 decade market peak,

After a world war that killed millions of men,

And after what we know as a 1921 mid-cycle slowdown…

There’s no reason why this can’t happen again after the 2021 economic lows.

The next boom will then be deliverable to you.

I hope you found this piece as fascinating, and encouraging as I did. Since 1991, Phil and his team of economic cycle experts have been providing their readers with videos, emails, and newsletters. Always outlining how current events relate to the 18.6 year Real Estate cycle (the most influential economic cycle), and giving their readers clues about what is likely to happen next. Every year they provide a “Flight Plan” of what their readers can expect to come in the following year based on cycles. If this sounds like something you are interested in, you can sign up to their service at https://propertysharemarketeconomics.com/ Trader and Editor of Cycles, Trends and Forecasts

Phillip J Anderson is an Australian economist, businessman and internationally acclaimed commentator. He is widely regarded as the foremost expert on business, real estate and commodity cycles.

Author of the best-selling book “The Secret Life of Real Estate and Banking” Phil has a wealth of knowledge concerning international real estate markets that cannot be equaled.

Phil graduated from RMIT University in 1985 with a degree in accounting and economics. He is the managing director of Economic Indicator Services (EIS), the company he founded in 1991 that has offered economic forecasting services to a large following of investors who have since benefited from his life changing market insights.

Now, as part of the Property Sharemarket Economics service, Phil has teamed up with a dedicated group of analysts and researchers sharing the same vision.

This vision will continue to educate those investors and traders on the most important cycle of all: the 18.6 year land and credit cycle.

You can know what’s coming next.

By continuing to use the site, you agree to the use of cookies. more information