If you had invested in Netflix at it’s IPO in May 2002 then you would be sitting pretty with a 50,000% gain. On the face of it that sounds like an excellent investment, but looking at the chart would you really have held on when the price dropped almost 75% in the first 5 months of trading, followed by a couple of 80%+ dips? On four other occasions prices dropped 40%, so if you had hung on during any of those declines – known as drawdowns – then you might need to read up on risk management!

Here’s the semi-log chart of Netflix, with the drawdowns marked with the Price Measure tool: 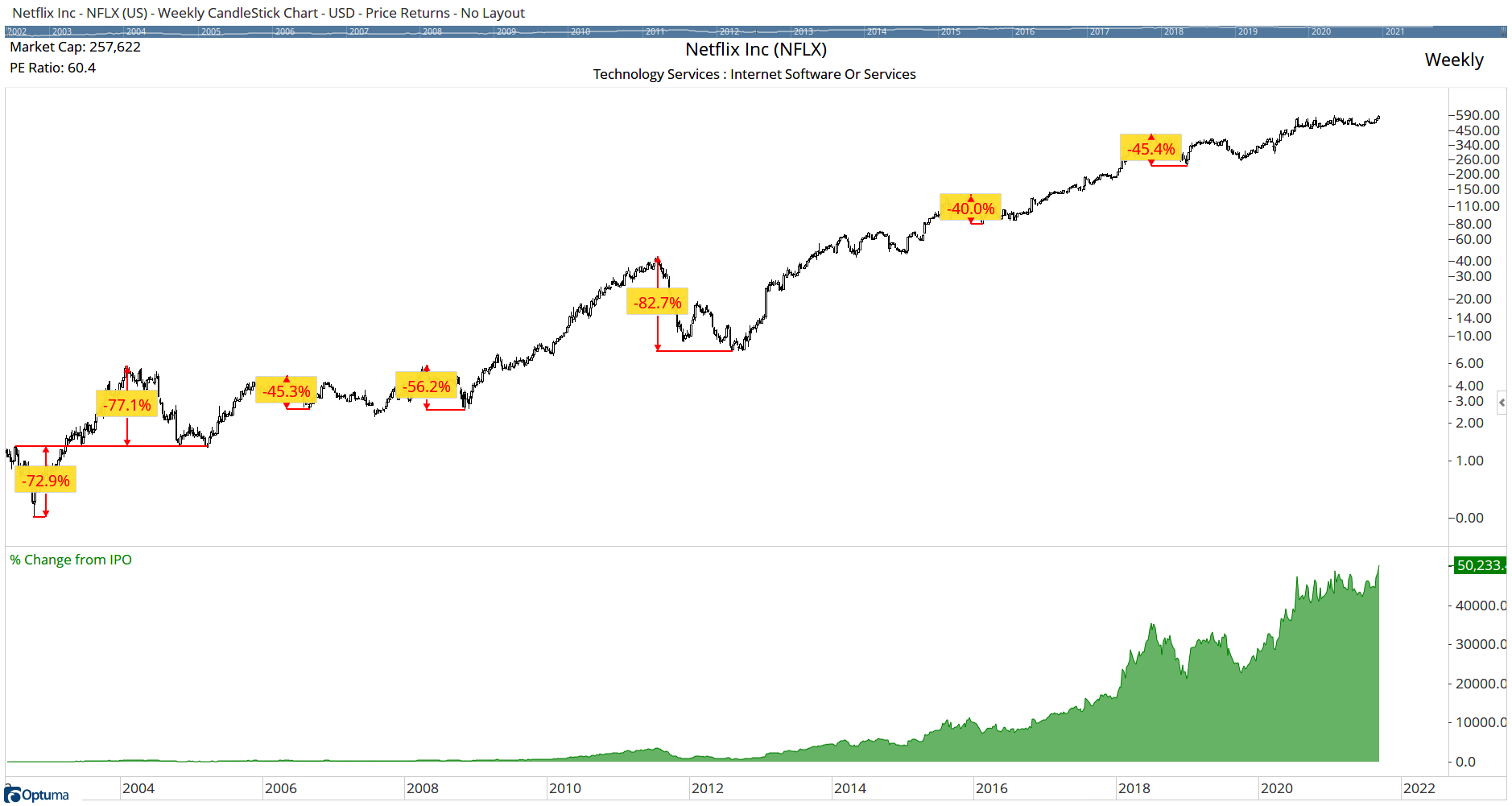 In a previous version of this article I showed you how to plot the drawdown using a scripting formula, but we’ve now created a dedicated Drawdown tool in Optuma 2. Here’s the Netflix chart with the one-year drawdown calculated below the chart (i.e. the percentage distance of each day’s low from the yearly high): 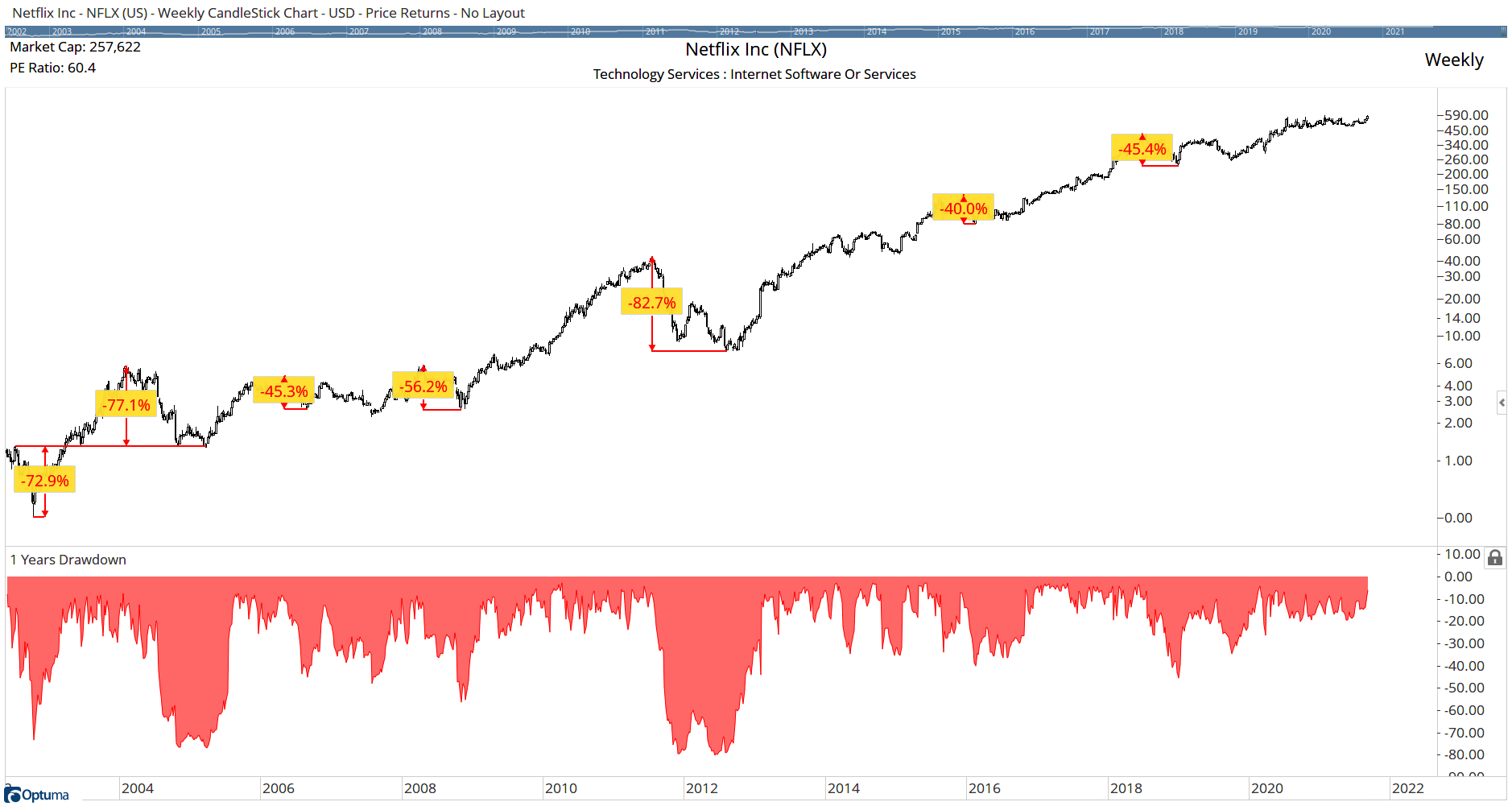 The tool can also be set to display the maximum and average drawdown over the lookback period. For example, this chart of Afterpay (APT:ASX) has the drawdown tool set to calculate over the last two years: The latest low price is 17.3% from the two year high, with the red horizontal line showing the maximum drawdown of 80.5% during the Covid crash in March 2020. The blue line shows that, on average, Afterpay has been 19% below its high over the last two years.

The scripting formula for the Drawdown tool is DDP() which can be used in scans and watchlist columns. The image below shows a list of global indices and the three outputs (DDP().Drawdown, DDP().Maximum, and DDP().Average) in watchlist columns.

Sorted by average drawdown, the OMX Stockholm All Share index has been within 1.8% of the one year high over the last year, and never more than 9.25%.

Don’t forget that we have a scripting section on our forum where we provide examples of interesting scripts that we come across, and where clients can share their ideas as well.

To be notified of new forum posts, sign in to the forum using your same Optuma credentials and subscribe to the scripting thread: